These easy homemade bacon waffles are fluffy, buttery and oh so delicious. These waffles are so simple to make and are the perfect breakfast recipe! 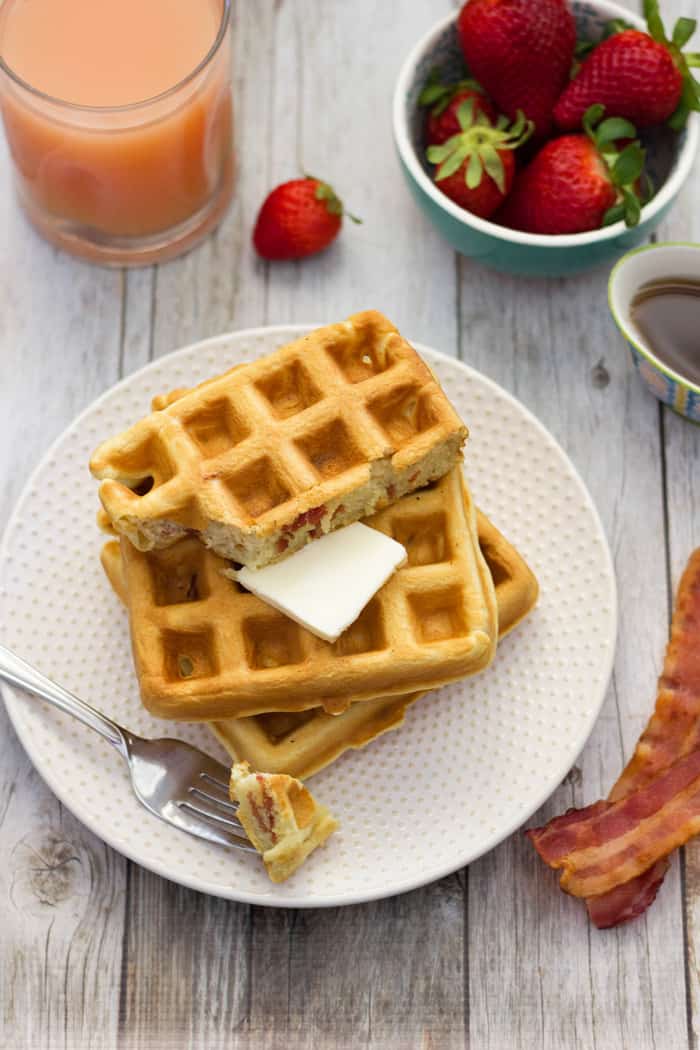 I read somewhere that tomorrow is Waffle Day! I love waffles so much that I feel like everyday should be Waffle Day…who’s with me??

Anyway, according to the internet, tomorrow is Waffle Day so naturally I had to make waffles…duh!

Yep, I said it. Waffles with bacon mixed right in. Mind. Blown.

Seriously, guys. Why have I never made bacon waffles before? I mean, waffles and bacon naturally go together so how did I never think of this before?

I may never know this answer, but I am so glad I gave it a try because I don’t think I will ever make waffles another way again. So, waffles are another breakfast item that I absolutely love and AJ hates.

What gives? I mean, who doesn’t like waffles? It just baffles me.

Not that I should be complaining though, more waffle-y goodness for me!

These bacon waffles are so good though, it is possible that he might change his waffle hating mind…just maybe!

A few years ago we got a waffle iron for Christmas (my request, obviously) and I often forget that we own it. Which is a shame, because honestly these bacon-stuffed waffles are so yummy and so easy to make. I’m pretty sure I will be making waffles way more often now.

Anyway, this waffle iron is sort of a running joke in our house every year now because when someone asks what we want for Christmas, AJ thinks he should get to pick our gift from here on out because he got stuck with a waffle iron ONE year…one year, people! Puh-lease! 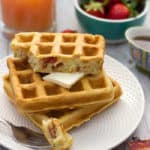 This Instant Pot Beef Stew with Gnocchi recipe is easy, hearty and delicious with tender…

This site uses Akismet to reduce spam. Learn how your comment data is processed. 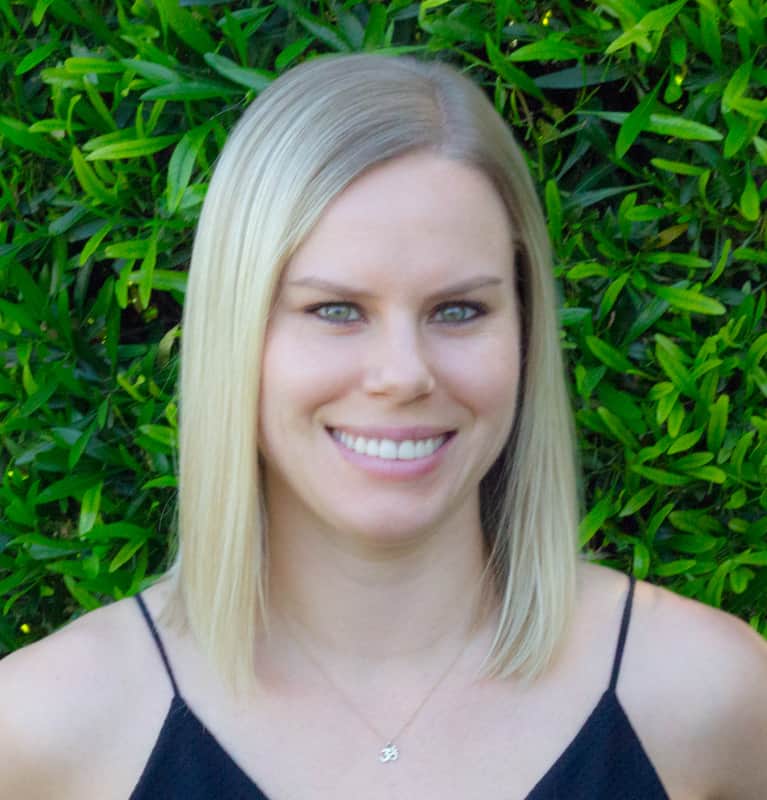 Hi! Thanks for stopping by! I am Lauren: lover of all things food, coffee, wine, dogs and sunshine. Follow along for simple and delicious recipes for stress free cooking!

This website uses cookies to improve your experience while you navigate through the website. Out of these, the cookies that are categorized as necessary are stored on your browser as they are essential for the working of basic functionalities of the website. We also use third-party cookies that help us analyze and understand how you use this website. These cookies will be stored in your browser only with your consent. You also have the option to opt-out of these cookies. But opting out of some of these cookies may affect your browsing experience.
Necessary Always Enabled
Necessary cookies are absolutely essential for the website to function properly. This category only includes cookies that ensures basic functionalities and security features of the website. These cookies do not store any personal information.
Non-necessary
Any cookies that may not be particularly necessary for the website to function and is used specifically to collect user personal data via analytics, ads, other embedded contents are termed as non-necessary cookies. It is mandatory to procure user consent prior to running these cookies on your website.
SAVE & ACCEPT
Loading Comments...